5 things to do in Los Angeles Hollywood Walk of Fame

The vast majority of visitors to Los Angeles during our trip along the west coast of the United States, the first thing we do when we arrive in this massive city is head to Hollywood, specifically to the so-called Walk of Fame.

The reason is simple: beyond its beaches, what draws most visitors to Los Angeles is the opportunity to see all of the locations associated with the world of cinema, and the Walk of Fame houses some of the most charismatic.

Hollywood Boulevard, also known as the Walk of Stars, has almost become a small theme park, with tourists strolling along it and seeing various corners and curious sites related to the film industry.

What is there to see and do on the Walk of Fame?

Five places to see and things to do along the Hollywood Walk of Fame in Los Angeles.

The Walk of Fame has a movie atmosphere.

Regardless of whether it attracts more or less people, or whether you are disappointed because you expected something, the first thing you must do on your visit to the Walk of Fame is to immerse yourself in the wonderful atmosphere that surrounds the world of cinema that lives in the avenue.

Aside from movie theaters and Hollywood landmarks, there will be many people dressed as movie characters waiting for you to take a picture with them and tip them.

There is also a great musical atmosphere, with people playing instruments or singing famous movie soundtracks.

The short video embedded in this article will give you an idea of the aforementioned atmosphere at Hollywood’s Walk of Fame and Stars. 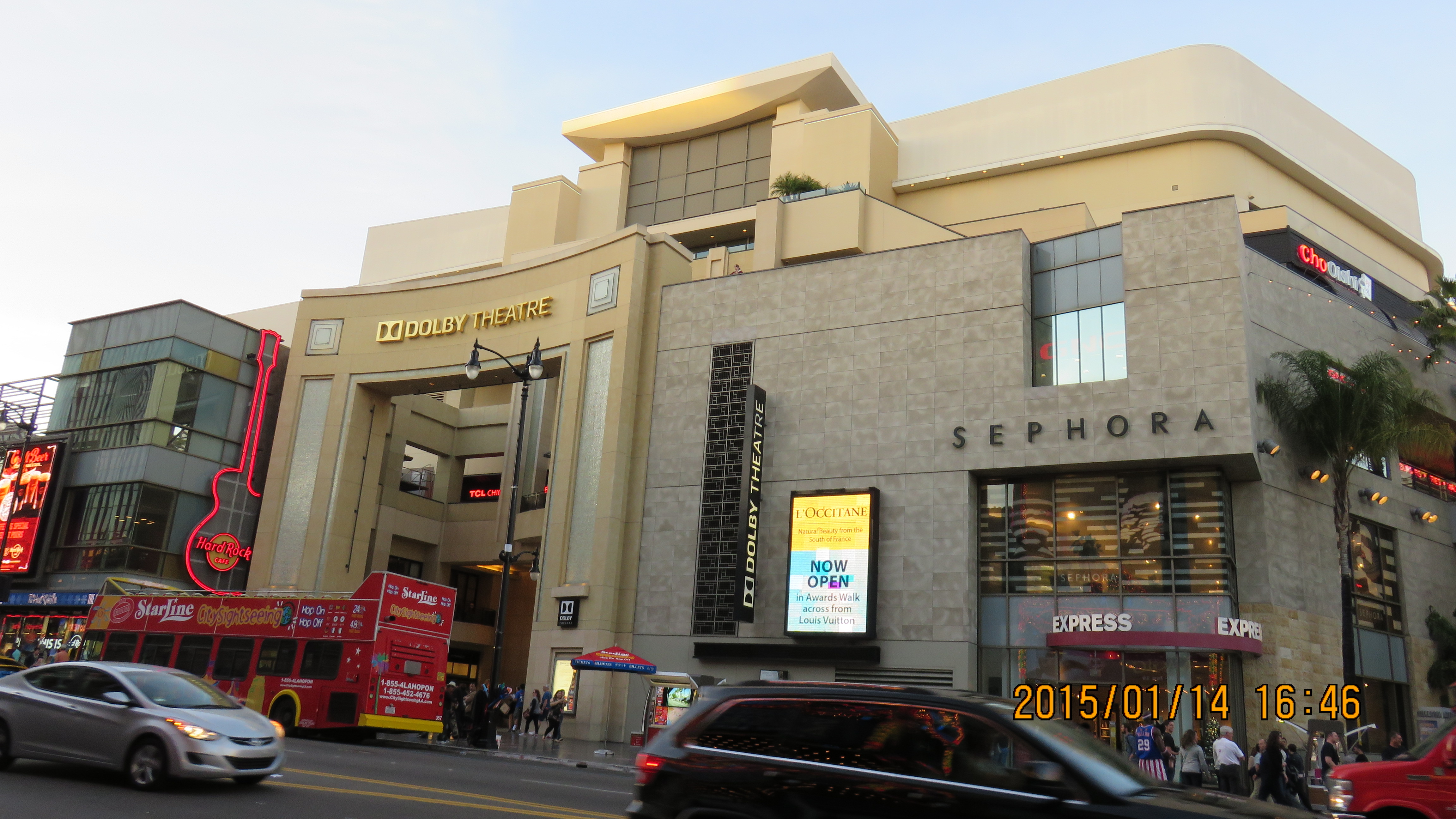 The Dolby Theater, where the famous Oscar Awards are held each year, is a Walk of Fame classic.

You’re probably more familiar with the name Kodak Theater, which it occupied from its inception in 2001 until 2012, when the well-known manufacturer of photography and motion picture films declared bankruptcy.

You can go to this theater to learn about the place that has gained so much fame as a result of the aforementioned Oscars.

But the reason this avenue is known as the Walk of Fame, or the Walk of Stars, is because of the stars named after artists that line the sidewalks of this section of Hollywood Boulevard.

You’re bound to spend some time looking for the stars of your favorite artists when you visit the Dolby Theater, which is one of the most iconic places because of the artists whose stars are located in front of it.

View the artists’ footprints on the Hollywood Walk of Fame.

The Grauman’s Chinese Theater is a must-see not only for the architecture, but also for the handprints and footprints of artists sunk in the cement of the sidewalk in front of it.

This location will be easy to find, both because of the theater’s striking Chinese decoration and because dozens of tourists will be looking at the ground for the footprints of their favorite artists.

The theater opened in 1927, and that same year, the first Footprint Ceremony, as this now-famous celebration is known, took place.

This article contains information on how to visit the Grauman’s Chinese Theater as well as a list of artists who have left their mark on the Walk of Fame.

Finally, you should know that the Walk of Fame is a great place to see the famous Hollywood sign on the mountain.

It is specifically from a vantage point in the shopping center next to the Dolby Theater, where there is a walkway from which you can see the sign in the distance.

The Hollywood Walk of Fame Los Angeles - Things to do

The Famous Hollywood Sign Los Angeles - Things to do

Things to do – The Grove Los Angeles

No comments to show.